Deprecated: __autoload() is deprecated, use spl_autoload_register() instead in /home/ultimateauto123/public_html/functions/PHPMailer-master/PHPMailerAutoload.php on line 45
 Car Shipping to Iowa 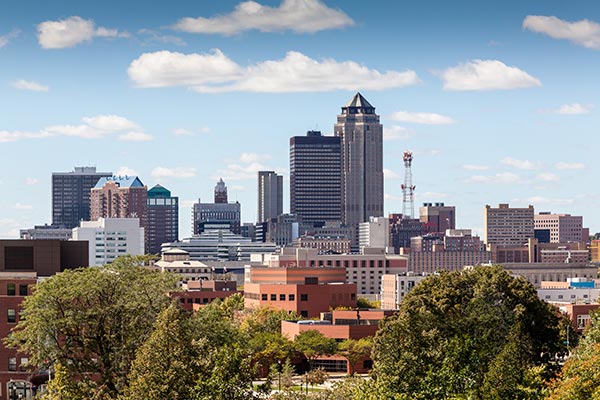 The state of Iowa is a far cry from the most popular auto transport location, but it does help that it has a couple larger cities that carriers can run routes into or out of. For starters, there's Des Moines, the largest city in the state. While it may be considered relatively rural despite its urban nature, carriers typically will run routes into Des Moines so long as they are quickly able to get to another city that a customer is transporting to. Carriers set specific routes - either that, or they go where their customers take them. This does make it easier because the city sits along a major interstate, but at the same time it does take carriers a bit longer to get into or out of the city if there aren't a lot of people moving in or out.